Walter Tull was born in Folkestone, Kent, to parents of British and Afro-Carribean heritage. Walter was a professional footballer who played insider for Tottenham Hotspur and Northampton Town before 1914 and was one of only a handful of Black footballers in Edwardian Britain. 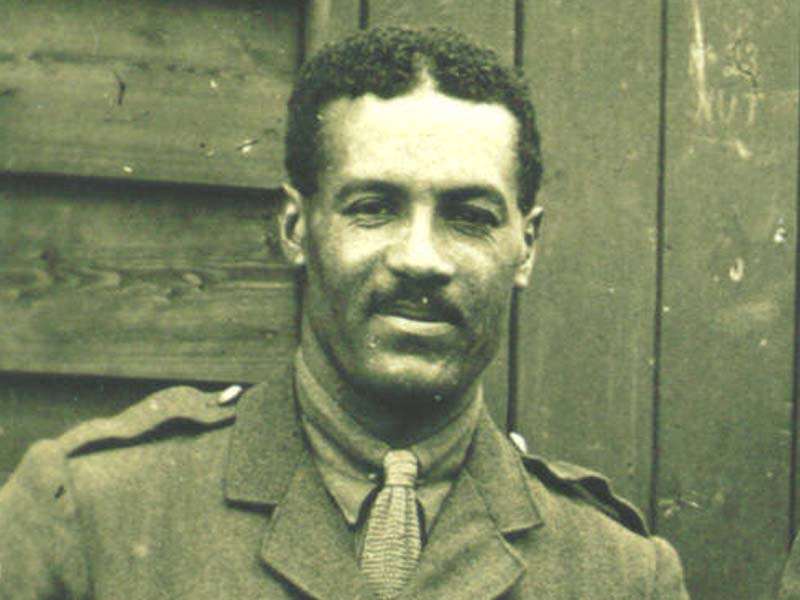 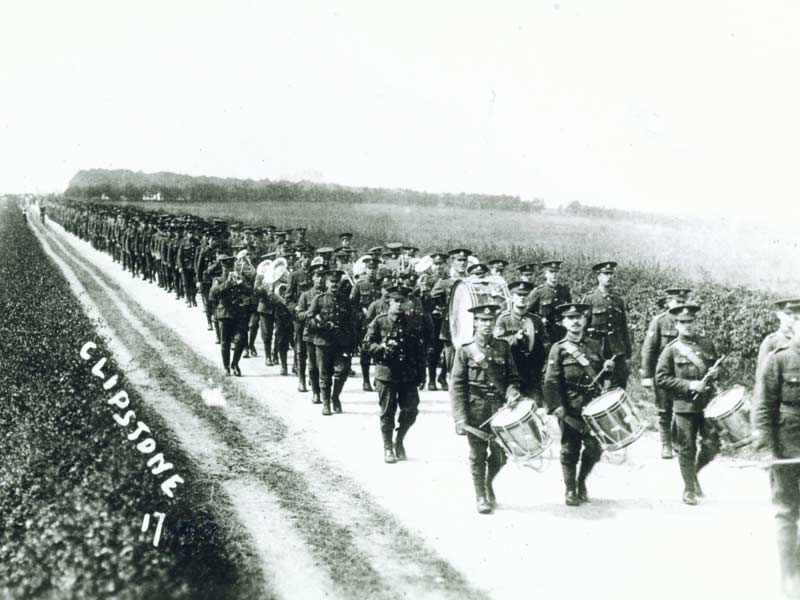 On the outbreak of war, he joined the 17th Battalion Middlesex Regiment otherwise known as the 1st Football Battalion as it was made up almost entirely of amateur and professional footballers. After training Walter went to France in 1915 and fought with his battalion on the Somme as a Sergeant. He was shell-shocked in the battle for Waterlot Farm and Delville Wood, and evacuated home. After leaving hospital he applied for a commission and in 1917 became an officer in the Middlesex Regiment, one of the first Black officers in the British Army.

Walter Tull served as an officer in the terrible conditions at Passchendaele in late 1917 and then moved to Italy with his battalion, serving on the Asiago front. He returned to France in early 1918 and took part in the fighting on the Somme, when the Germans broke thought the British lines on 21st March 1918 during the Kaiserschlacht.

He was killed in the fighting near the village of Favreuil. His body was never found and he is commemorated on the Arras Memorial to the Missing.

It was said of Walter Tull...

Through his actions, Tull ridiculed the barriers of ignorance that tried to deny people of colour equality with their contemporaries. His life stands testament to a determination to confront those people and those obstacles that sought to diminish him and the world in which he lived. It reveals a man, though rendered breathless in his prime, whose strong heart still beats loudly.