The operations at Dieppe on 19th August 1942 as part of Operation Jubilee saw thousands of Canadian soldiers land on the beaches in and around Dieppe, and British Commandos and American Rangers, albeit in small numbers, land on the flanks to take out gun positions and German strongpoints. 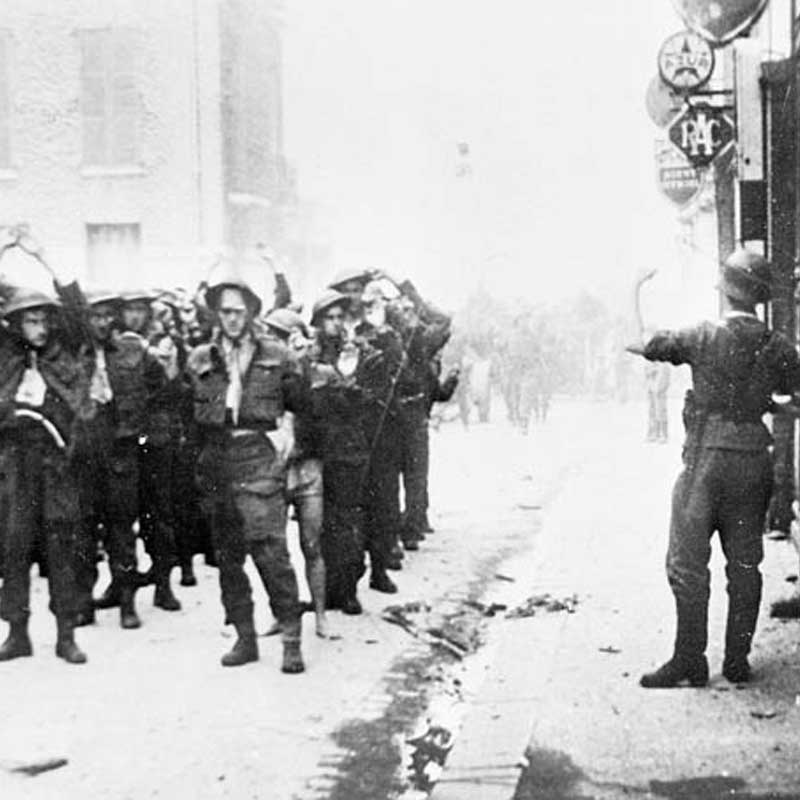 Canadian prisoners after the raid

In many ways Dieppe was a full-scale dress rehearsal for D-Day, but a very costly one. Waves of men were wiped out on narrow beaches when the defences had not been destroyed. Tanks floundered on pebble beaches, with no clear plan what to do once inland. The Commando side of operations went well, but it was not enough to achieve victory and the loss of more nearly 3,500 men meant that any lessons learned were paid for by a very high price. The Canadian tragedy at Dieppe was one reason why Canadian forces were placed in the vanguard at D-Day, and symbolically Canadian troops finally liberated Dieppe in September 1944.