After the war in North Africa ended with the defeat of the Afrika Korps in May 1943 the Allies discussed which way to continue with the fight against Nazi Germany. An invasion of France was not possible at this time and a decision was made to invade Europe via Italy. 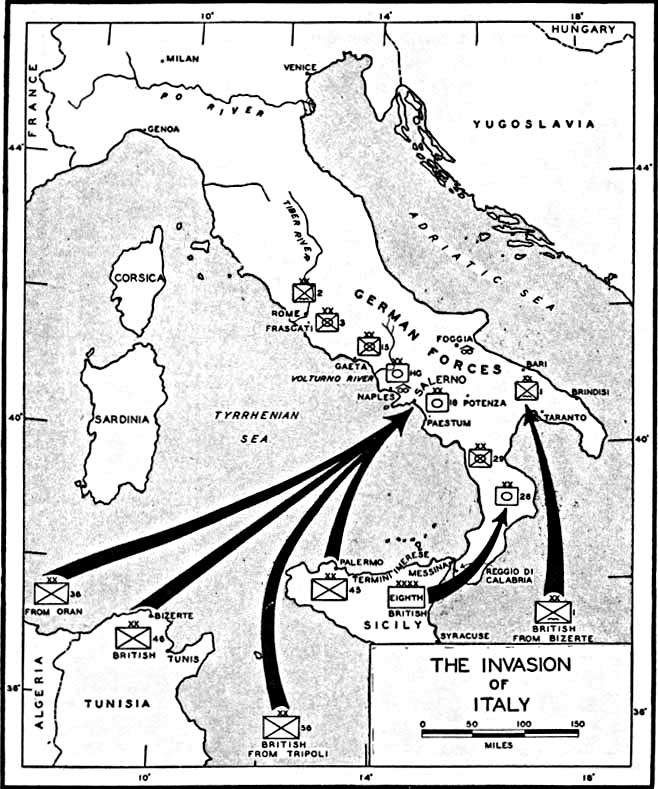 Map of the Invasion of Italy

Churchill called Italy the ‘soft underbelly of the Third Reich’ as if offered another way into the Nazi heartland via Austria. After taking the island of Sicily as a jumping off point in July 1943, during Operation Husky, the British and American forces landed at Salerno on 9th September 1943 during Operation Avalanche. The landings went badly for some of the American forces, and General Mark Clark almost ordered a withdrawal but eventually a bridgehead was held and the Italian Campaign began. The ‘soft underbelly’ quickly turned into what the troops called a ‘tough old gut’ as the Germans defended every hill, every mountain, every river. 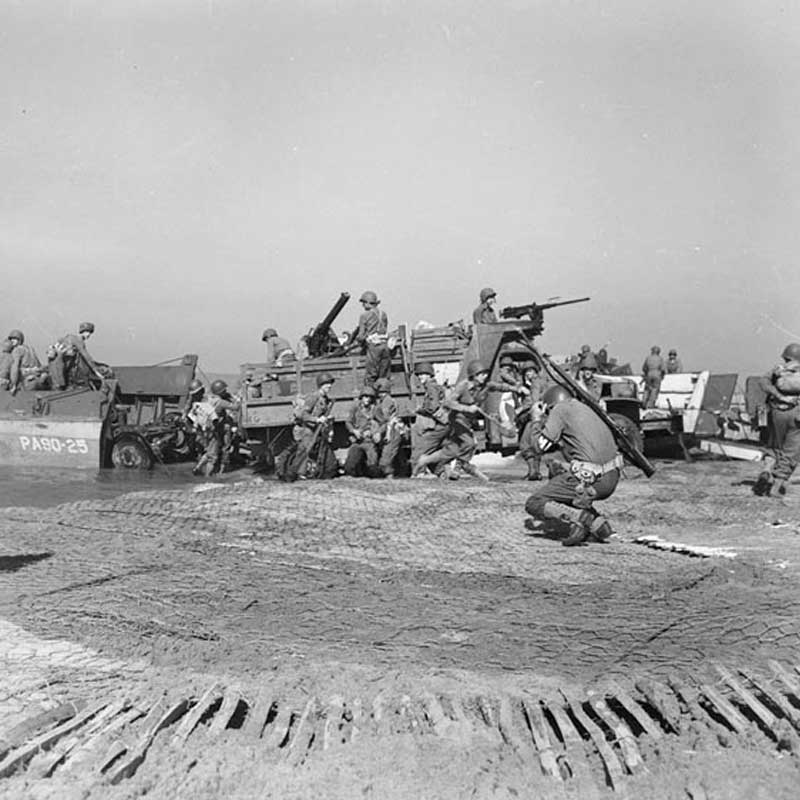 Artillery being landed during the invasion at Salerno 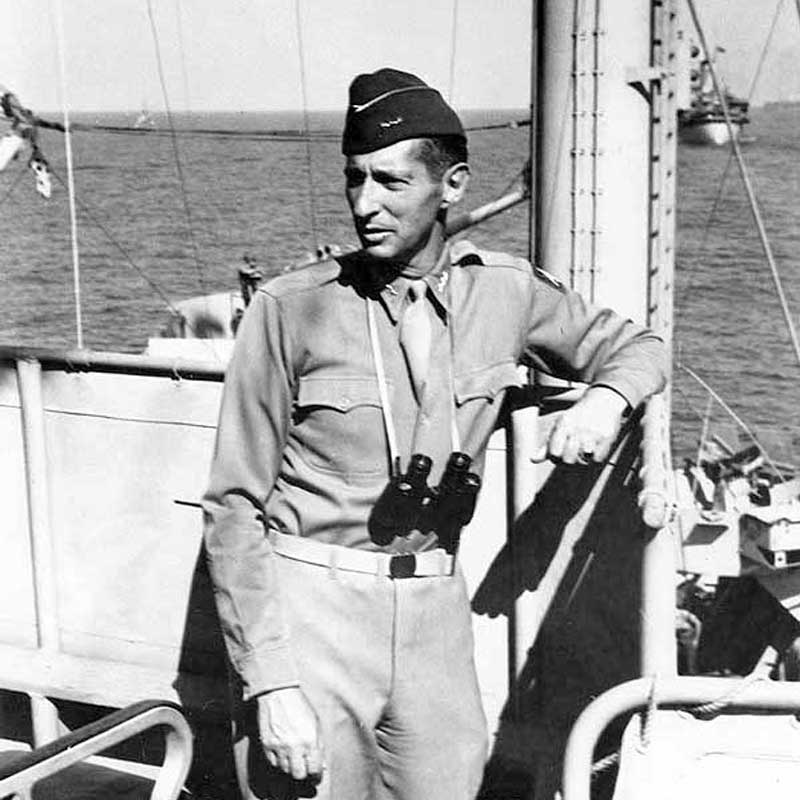