From the time of the Battle of El Alamein in 1942 the M4 Sherman became the main armoured work-horse of the British, and later American, forces. It was also used extensively by the Russian as part of the Lend-Lease programme. By the end of the war there were many models of Sherman and nearly 50,000 had been built. 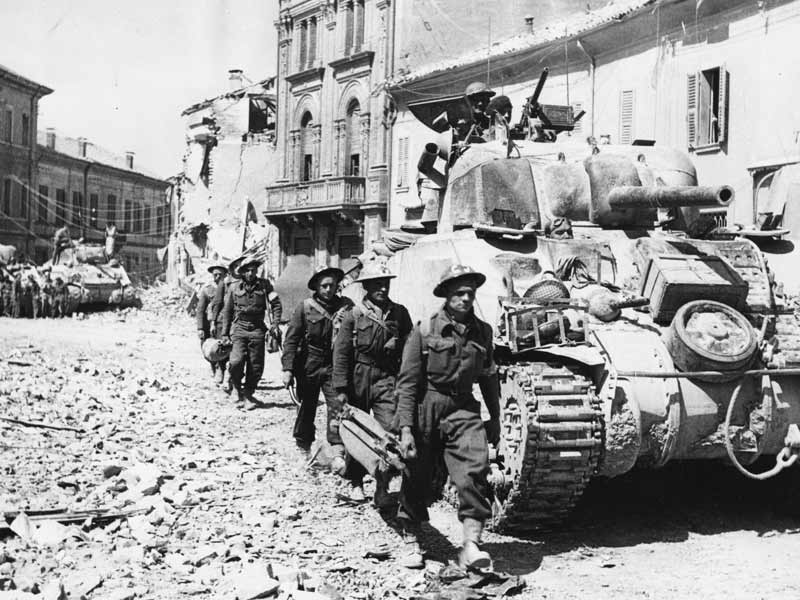 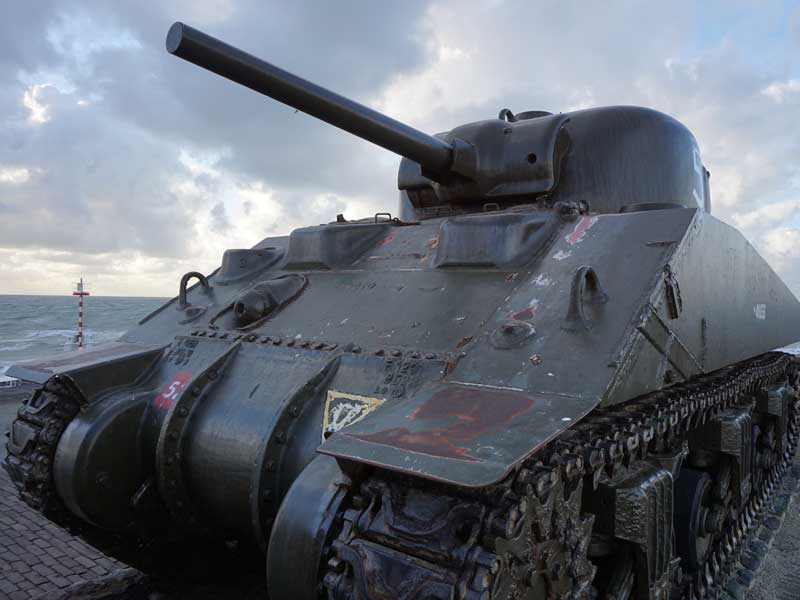 This lead to the myth of the Sherman being a ‘Zippo’ or ‘Ronson’, both names of lighters or to British tank crews ‘the Tommy Cooker’. It was believed that the petrol engines would make the tank burn very quickly when it fact most tank fires were caused by the burning and then explosion of the stowed ammunition. Later models had additional armour to protect the ammunition and even used ‘wet stowage’ to increase the time crews had to get out of the tank before it caught fire, and later models also had diesel engines.

By 1944 the Sherman’s armour was vulnerable to the weapons fielded by German heavy tanks like the Panther and Tiger, but the tank was an equal match to the more commonly encountered Panzer IV. It’s 75mm gun however was not capable of destroying the heavy tanks so up-gunned tanks were introduced.

The British used the Sherman Firefly, with a 17-pounder gun, and the Americans the 76mm high-velocity gun.

Both these weapons gave the tank an edge but there were few examples of major tank versus tank engagements to test this out in Europe between 1944 and 1945. 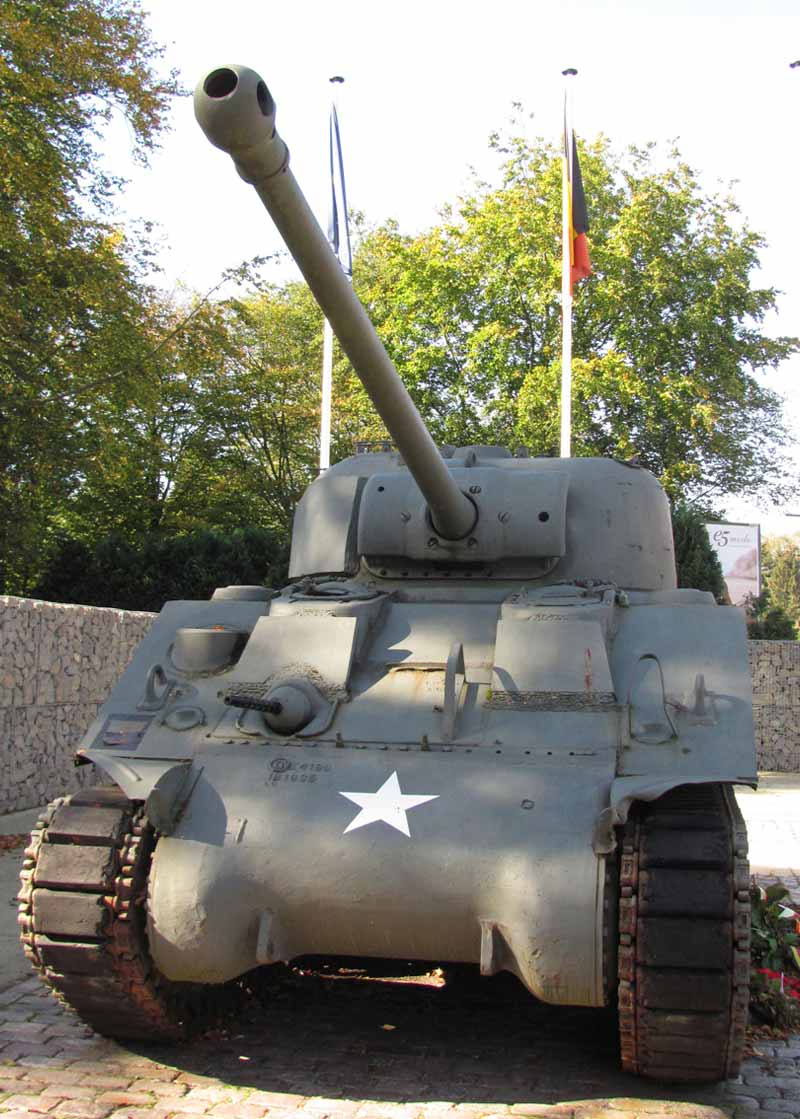 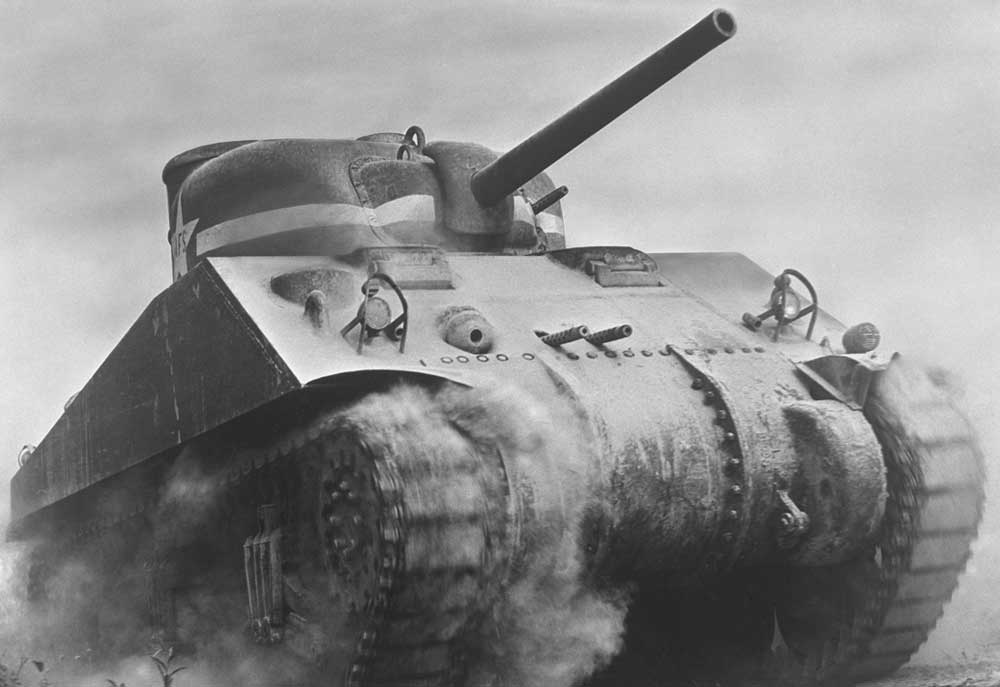 The primary battle tank of the U. S. and Western Allies

Like the Russian T34, the great advantage of the Sherman was that it was simple to produce, easy to operate, easy to train crews to take it into battle and by 1944/45 losses could be replaced very quickly. Sherman tanks continued to be used beyond WW2 in conflicts like Korea and Vietnam, and the Arab-Israeli wars.

It is the most commonly found tank on WW2 battlefields today, either as battlefield wrecks still in place or as memorials.