Born in Canada to Scottish parents, Bill Millin served in several regiments before he joined the Commandos and became the 1st Special Service Briagdes own piper, commanded by Lord Lovat. 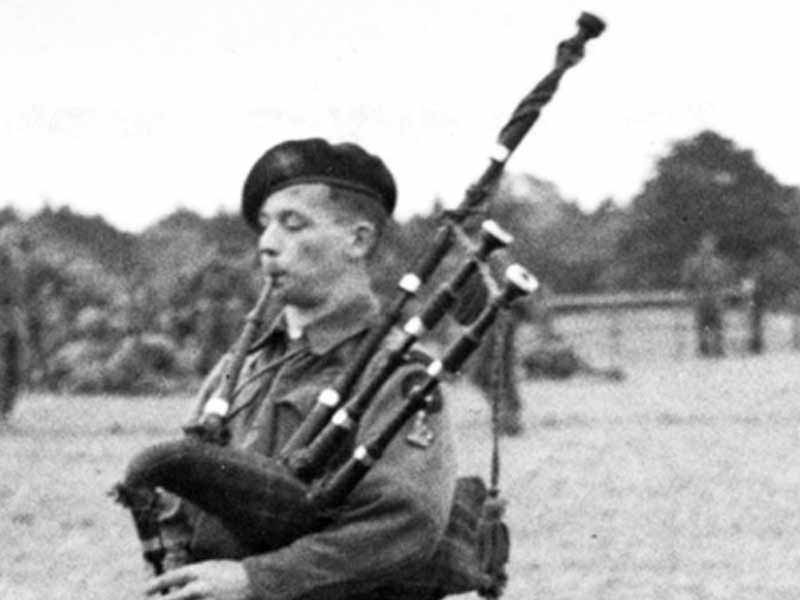 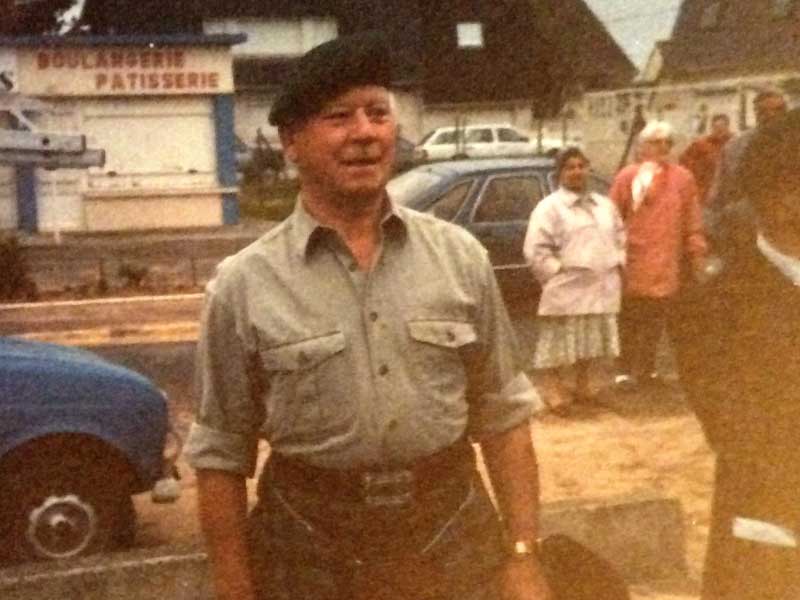 My job as Piper, I was personal Piper to Lord Lovat. My job was to play the bagpipes for the invasion... to play the pipes going ashore. I was completely unarmed, all the weapons I had was a skinundoo in my stocking. Coming ashore the landing craft touched down, the ramps went down, Lovat jumped off, I jumped off behind him. Of course Lovat being a tall man unlike me; the water came up to his knees but it came up to my waste when I jumped in. I struggled through the surf until I got level with him and then struck up the bagpipes. I played ‘Highland Ladee’ through the surf until I got onto the beach and then I stopped.

When I went onto the beach other people were furiously digging in. Other Commando had managed to get off the beach but my group... had been pinned down. I was standing at the water’s edge with Lovat when the Brigade Major came up and said the Paras had captured the bridge at Bénouville. Lovat turned to me and said ‘Now Piper do you mind very much playing the Road to the Isles. You can march up and down a bit if you wish.’ I thought it was rather an odd thing when the beach was under fire... the noise was terrific. Anyway I struck up the bagpipes and marched up and down; the comments I received, some were complementary, others were not so complimentary.

At the time it didn’t cross my mind about being killed but on reflection... I wondered why they didn’t kill me coming ashore when many others were killed and wounded. I think I was lucky but being a young man I didn’t think I was the one going to be killed. Later prisoners said they didn’t shoot me because they thought I was mad! 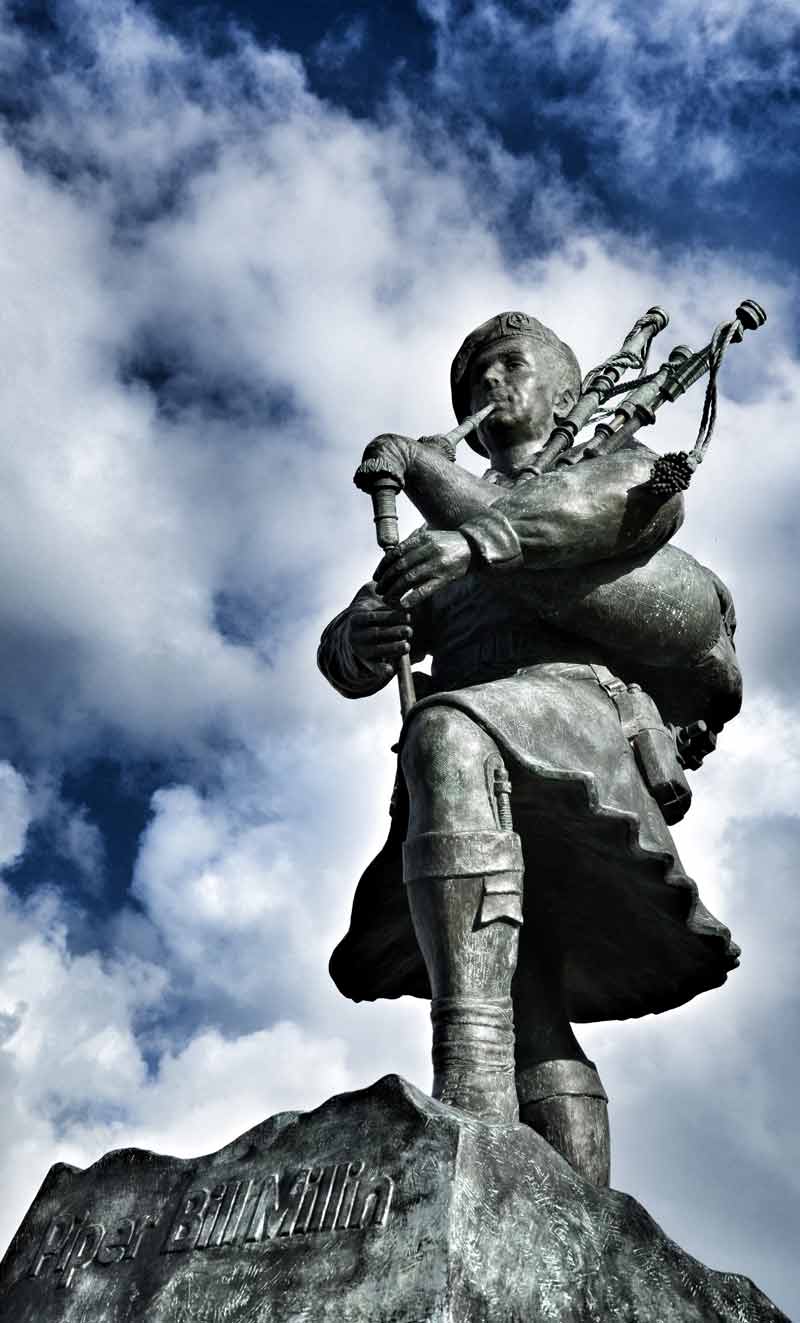 Bill was immortalised in the film The Longest Day, and used to return to Normandy as often as possible until his death in 2010. A memorial now stands overlooking the beach where he played his pipes on D-Day. 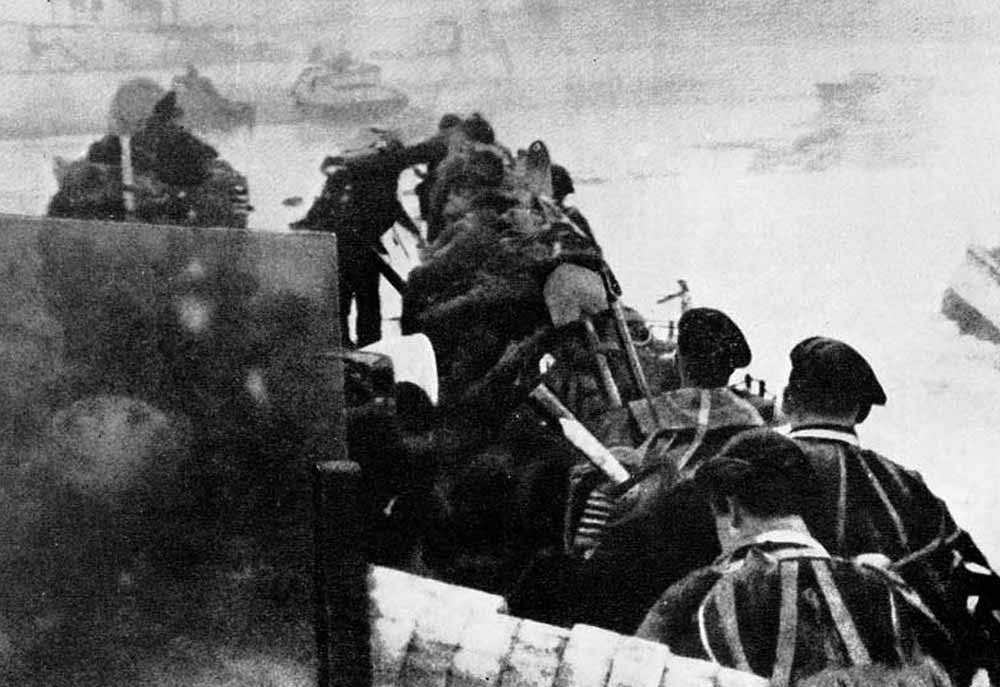