Following D-Day a bridgehead was formed across the five beaches, and the Battle of Normandy began. The Americans built up forces for the advance on Cherbourg, meanwhile General Bernard Montgomery’s 21st Army Group of British and Canadians engaged the Germans between Bayeux and Caen. 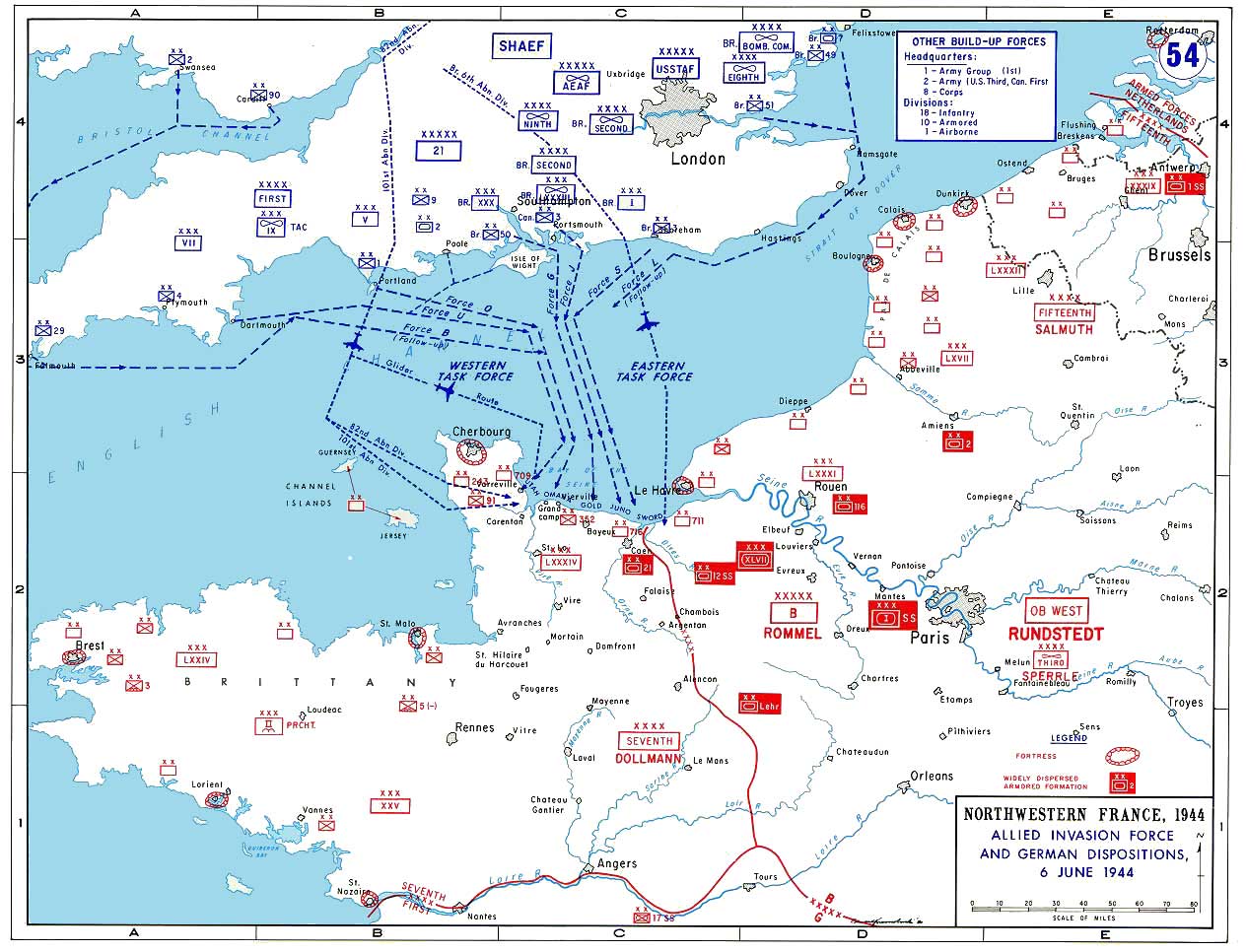 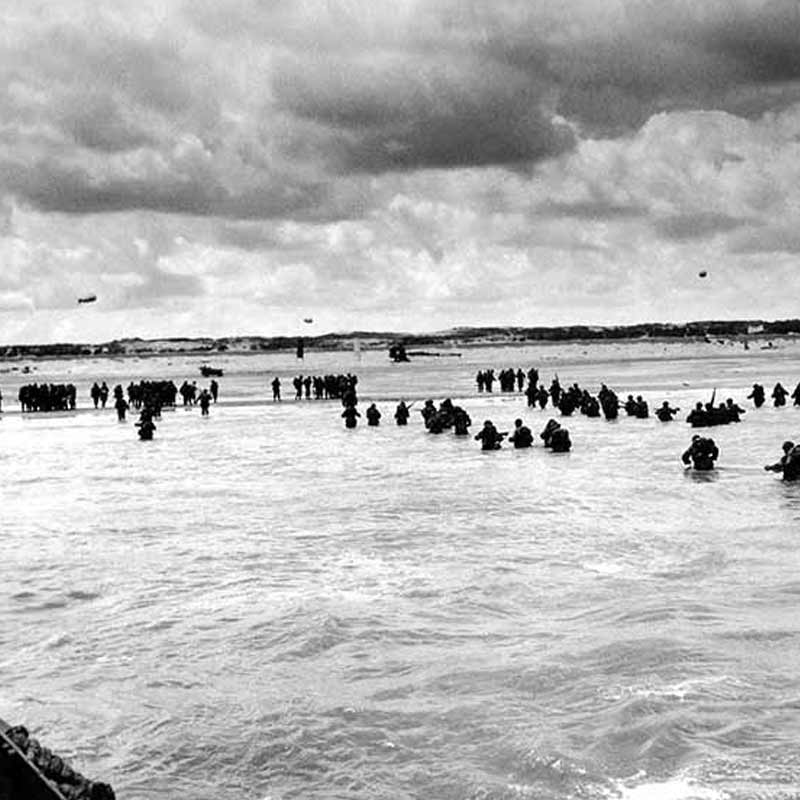 The fighting moved into the ‘Bocage’ countryside; thick hedgerows on high banks which favoured the defender and made ambush easy. Casualties in these inland battles were high: the fighting around Caen was called ‘Monty’s Meatgrinder’ by the infantry. In many front line units casualties were as high as those suffered by the infantry in WW1, but fewer men died because of advances in medicine and the ability to evacuate men from the battlefield quickly. Once Cherbourg was taken by the Americans it was found unusable as a port, so they built up forces for a breakout battle, which became Operation Cobra in July 1944. The British launched theirs with Operation Bluecoat and gradually both armies came together in the Falaise Pocket, trying to enclose and trap German forces, which brought the Battle of Normandy to a close in August 1944. 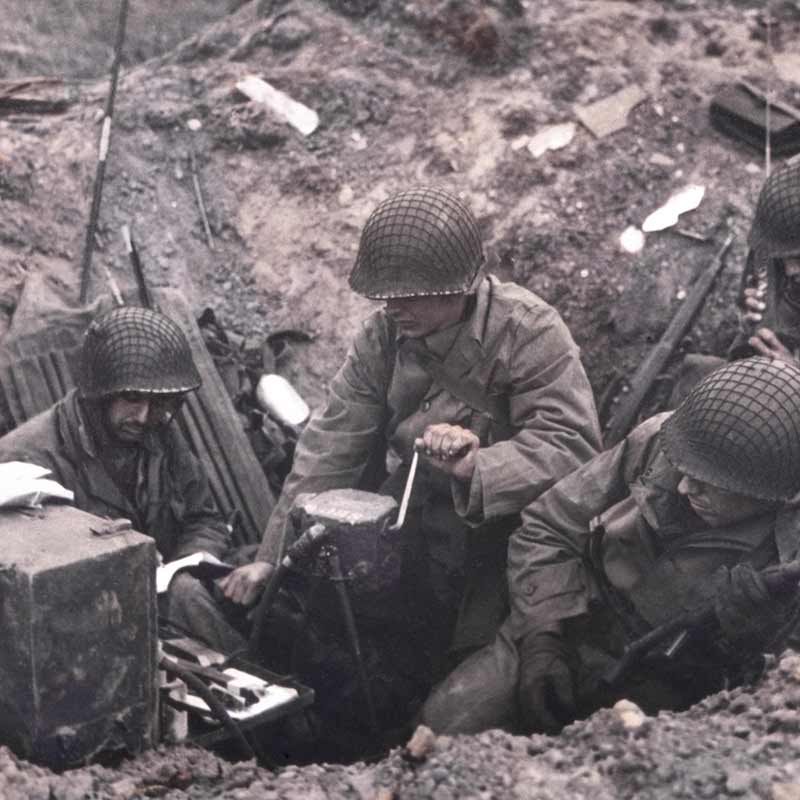 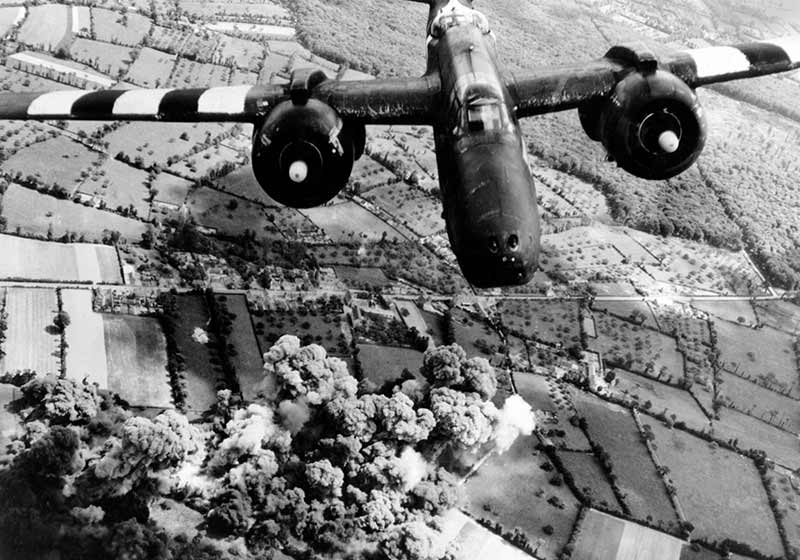 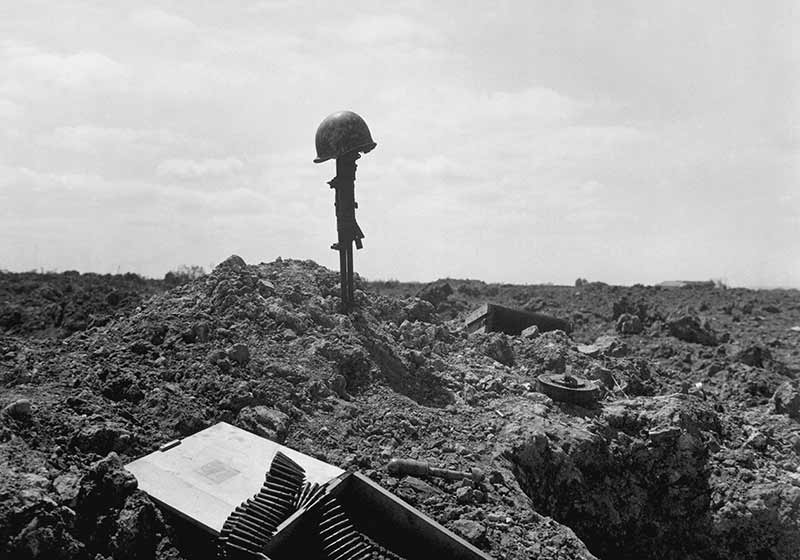 Helmet and rifle monument to a dead U.S. soldier