After the landings at Salerno the American-British Fifth Army advanced up the coast road of Route 7 and the main road to Rome, Route 6. The Germans used delaying tactics to slow them down, to allow the construction of the Gustav Line: static defences running from coast to coast right across Italy. 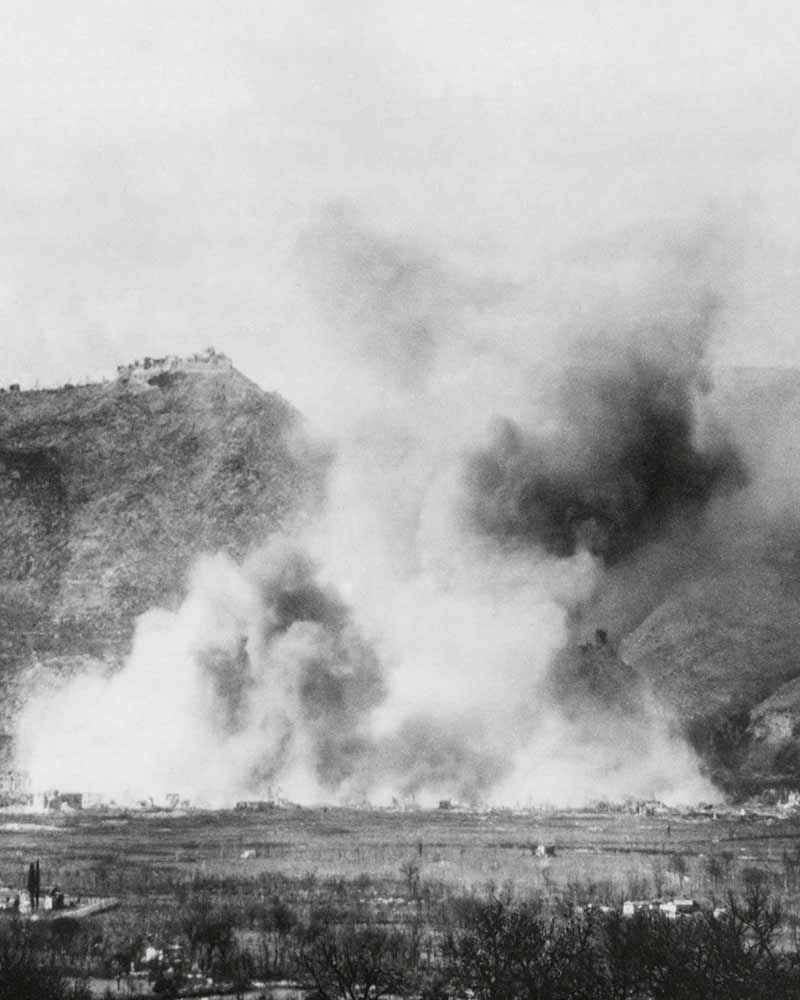 At Cassino, the position was also dominated by the massif of Monte Cassino: a huge rocky outcrop with the Cassino monastery on it which looked down on Route 6. No advance was possible here until that area was cleared and over the course of five months, four major battles were fought here. Initially the Americans tried to break through, but severed heavy losses along the Rapido River. In February 1944 British troops were convinced the Germans were in the monastery and it was decided to bomb it flat. An attempt to take the high points like Hill 593 and indeed the monastery itself failed.

In March 1944 there was heavy fighting in the town when New Zealand troops attacked and an attempt to take tanks to outflank Monte Cassino via a specially constructed route through the hills called Cavendish Road. But still it remained in German hands and it was not until the final battle in May 1944 that Monte Cassino and the Liri Valley was captured, allowing the advance up Route 6 to continue. Polish troops took the ruins of the monastery at this time, and in the Liri Valley British, Canadian and Indian troops broke the final area of the Gustav Line and its fall-back position, the Hitler Line. The battles of Monte Cassino had cost the Allies over 55,000 casualties in 1944.